Fayette (“Frank”) Lacey (1836-1899) was born in Onondaga county, New York [per 1875 N.Y. Census]. His parents were Aretus Lacey (1805-1865) and Hannah Van Duyne Auten (1805-1840). The couple relocated from upstate New York to Calhoun county, Michigan, prior to the 1840 US Census and it was in Marshall, MI, that 4 year-old Frank lost his mother, leaving his father with five children to raise on his own. When Frank was five, his father remarried a woman in Michigan named Eliza Horton (1809-1865), giving him a step-mother and eventually, two half-siblings. By the time of the 1850 US Census, the Lacey family was residing in Stark county, Illinois, where Frank’s father earned a living as a carpenter. At the time of the 1860 US Census, 24 year-old Frank was enumerated as a laborer on the farm of William G. Sargent in Winfield, DePage county, Illinois.

When Frank’s wife Matilda applied for a “Widow’s Pension” following the death of her husband in 1899, she encountered some difficulty. In her claim, she acknowledged that sometime after she had married Frank in 1872, he told her that he had been married once before to a woman named “Bean” in Illinois and that he had lived with her for a time in Chicago until about 1870 when she “left him for the third time” and her history since was unknown. She claimed further that Frank had married her while he was home on a furlough and “while he was in a condition that made him irresponsible for his acts.” No evidence of a divorce was offered but she claimed Frank had told her he and his first wife had been separated for more than two years.

In April 1901, Frank’s first wife was found living in Rome, Peoria county, Illinois, with her second husband, J. B. Nash. In a written deposition, she gives us some details about Frank’s first marriage and the circumstances by which Frank faked his death, effectively abandoning her and their two children:

“My maiden name was Helen B. Beam. My first marriage was to Fayette Lacy, May 5th 1863 at Bloomington, Illinois. He was then serving in the army & was home on a furlough when we got married. We got a license in McLean County, Illinois & were married by G. D. McElhiney, a justice of the peace. I have here a copy of my marriage record which I show you. After our marriage, we went to my Father’s, Abram Beam, at Gridley, Illinois, & he stayed with me there for a week, and then returned to the army & served out his time, and then returned to my Father’s where I had been staying & worked there for awhile. Then he went to Plainfield & worked for awhile as a farmer & from there to LaFayette, Illinois, to his sister’s Maria Jones. I went with him to Plainfield and to LaFayette and then he joined the 151st Illinois—a one year regiment—and went off, leaving me with his sister where I remained several weeks & then returned to my Father’s. When his time was out & he was finally discharged, he came to Gridley & took me with him to Peoria where he rented a house and remained for a year or two and he worked at his trade of carpenter. We moved from there to El Paso, Illinois, & remained I should think about six months & from there back to Gridley where we remained a short time and from there we went to Galva, Illinois where he worked on the repair of a flour mill. We then went to Chicago and were there one summer & lived at 309 22nd Street. We then went to Plano, Illinois, where he expected to get a good job but at the end of two weeks, failing to get the job he expected, he went back to Chicago leaving me with his half sister, Mrs. Delia Halsey. That was the last I ever saw of him.

It was on the 16th of January 1869 that he left me at Plano. Within about a week I had a letter from him saying that he had been unable up to that time to find work—that he was a beggar, that I could go home or do as I chose. After that I got about three letters from him. In the last one he said he would soon send me some money & that he would get a nice little home out in the country where we could educate our children. About that time I sold my furniture & went to my Father’s at Gridley. On May 2nd 1869, while on the way to town with my father, we were overtaken by a young man named Joseph Stofer who told me my husband was dead—that he had fallen from a scaffold in Chicago & was killed & that there was an account of it in their paper. I would not believe the story but when I got back home & told my Mother of it, she went over to Stofers & saw the paper & said the paragraph was a very short one and simply stated that F. Lacey had fallen from a scaffold while at work in Chicago & was killed. She did not bring the paper to me and later on I went over to Stofers to see the paper and found it had been destroyed, but Mr. & Mrs. Stofer told me the contents of the paragraph the same as given by my mother.

I did not go to Chicago or make any effort to learn further particulars of my husband’s death but I then accepted the statement as true. I had no money & had two little children to care for and I made no effort then to get further details. I could not.

I remained at Gridley for awhile, then went to Peoria & finally came up here and on November 11th 1874, I was married to Joseph Nash, and have lived with him since… My present husband Joseph Nash served as a private in Co. E, 17th Connecticut. I had two children by Lacey, Lorenzo B., born July 25, 1865, and Francis A, born June 26, 1868. Lorenzo is now a printer in the State House in Indianapolis, Indiana. Francis is a mason/brick layer & lives in St. Louis…

The first intimation I had that my husband Lacey had not died in 1869 as I had supposed & believed, was about three or four years ago [when] I thought I would try & get a pension on his account from the date of his supposed death to date of my marriage and I wrote to his brother-in-law, F. A. Jones of LaFayette, Illinois, for any particulars he might have of Lacey’s death & he sent me Lacey’s letters showing that he had been living in New York State and that he had applied for a pension. I never applied for or received a divorce from Lacey and I have no knowledge of his ever applying for or receiving a divorce from me. I had known Lacey from the time he was a young boy. We were children together…. — Helen B. Nash

So we learn that Frank effectively abandoned his first wife with their two kids, relocated from Illinois to New York State and started a new life. 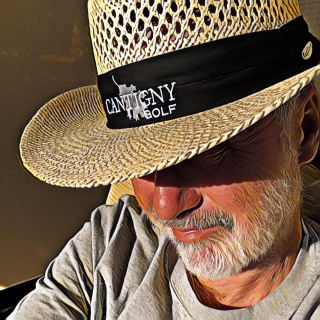 My passion is studying American history leading up to & including the Civil War. I particularly enjoy reading, transcribing & researching primary sources such as letters and diaries.

Saving history one letter at a time.

Saving history one letter at a time

Saving History One Letter at a Time

by Charles A. Frey

The Civil War Letters of Will Dunn

The Letters of Rufus Melvin Graham, drummer for the 50th Mass. Vols.
The Civil War Letters of Benjamin Curtis Lincoln while serving in the 39th Massachusetts Volunteers
"Though distant lands between us be"

"Tell her to keep good heart"

The Origin of Bluemont Central College

"May Heaven Protect You"

Lt. Commander in the US Navy during the Civil War

Fighting with the Irish Brigade during the Peninsula Campaign

"Till this unholy rebellion is crushed"

"I Go With Good Courage"

"This is a dreadful war"

Saving History One Letter at a Time

The Diary of George W. Shue

No Cause to Blush